We will be remembering Guru Har Rai Sahib Ji this week on his Jyoti Jot Diwas and will celebrate Gurgaddi diwas of Guru Harkrishan Sahib Ji this Sunday (16-Oct-2016) in Sikh Gurdwara DC. 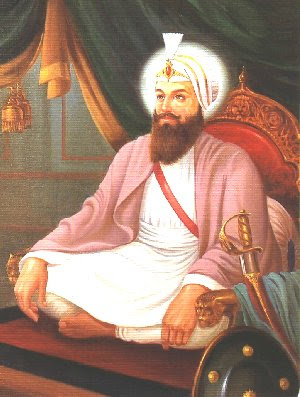 He was the seventh of the Ten Gurus of Sikhism following in the footsteps of his grandfather, Guru Har Gobind Sahib Ji. Before Guru Ji died, he nominated Guru Har Krishan Ji, his son as the next Guru of the Sikhs. The following is a summary of the main highlights of Guru Ji life:

1. Continued the military traditions started by his grandfather Guru Har Gobind Ji
2. Kept 2200 mounted soldiers at all times.
3. Was disturbed as a child by the suffering caused to plants when they were accidentally destroyed by his robe. 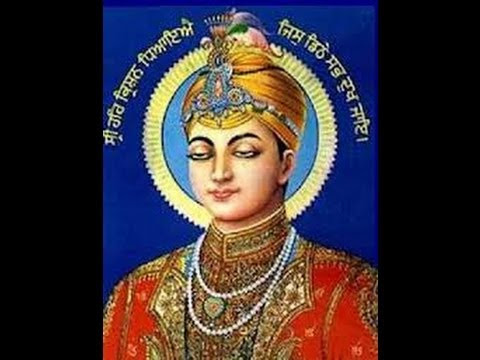 Guru Har Krishan Ji was the eighth of the Ten Gurus of Sikhism. Before Guru Ji died, he nominated Baba Bakala ji, as the next Guru of the Sikhs. The following is a summary of the main highlights of Guru ji’s short life:

1) Guru Har Krishan was of a small age when he attained the leadership of the Sikh people. There are very few devotees of God in human history who have achieved a high level of spirituality in such small age. Prahlad, Dhruv was one of them and Guru Har Krishan can also be included in the same list. All other Sikh Guru’s sat on the “Gaddi”, the “throne of Guruship” when they were over the age of 12, but only Guru Har Krishan Ji sat on the Gaddi when he was just 5 of age.

2) When Guruji stayed in Delhi there was a smallpox epidemic which resulted in many deaths. By Guru ji’s blessing, the lake at Bangla Sahib provided a cure for thousands. Exposing himself to his many devotees he too died succumbed to smallpox. Thus he unselfishly, without the thought of danger to himself, served many people. This is true Sewa to care for the sick even at the risk of one’s own life.

3) Gurdwara Bangla Sahib was constructed in Guru ji’s memory. This is where he stayed during his visit to Delhi. This was originally the palace of Raja Jai Singh, who was a strong and powerful Sikh and a devotee of the Guru.

NOTE: There is ample amount of free parking on Sunday in DC next to Gurdwara Sahib and also in parking lot in basement.

Guru Arjan Dev Ji was the first martyr of the Sikh faith and fifth of the ten Sikh Gurus, who compiled writings to create our holy book Guru Granth Sahib Ji.

One of the greatest contribution of Guru Arjan Dev Ji made to the Sikh faith was to compile all of the past Gurus’ writings, along with selected writings of other saints from different backgrounds which he considered consistent with the teachings of Sikhism into one book, now the holy scripture: the Guru Granth Sahib.

Guru Arjan was arrested under the orders of the Mughal Emperor Jahangir and asked to convert to Islam. In June 1606, the Mughal Emperor Jahangir ordered that Guru Arjan Dev Ji, the fifth Sikh Guru be tortured and sentenced to death after the Guru had refused to stop preaching his message of God as started by Guru Nanak Dev Ji. The Guru was made to sit on a burning hot sheet while boiling hot sand was poured over his body. After enduring five days of unrelenting torture, Guru Arjan Dev Ji was taken for a bath in the river. As thousands watched he entered the river, never to be seen again.

DC Khalsa School will be closed for summer from this Sunday, 12th June 2016. We will be open for registration & enrollment for the next semester throughout the month of August starting 01st Aug 2016.

The school reopens & classes are resumed from August 21st 2016.

Please join all of us to celebrate the Birthday of Bhagat Puran Singh Ji on this Sunday, 05Jun2016 in Sikh Gurdwara DC. Also, we will remember and pay tribute to all martyrs of Chota Ghallughara (lesser holocaust).

Bhai Puran Singh Ji (June 4, 1904 – August 5, 1992) was born in Rajewal (Rohno) Ludhiana district, Punjab. Born into a Hindu family, he was given the name Ramjidas as a child. Later, while still a child, he chose to become a Sikh. He was greatly inspired by the teachings of Sri Guru Granth Sahib and the Sikh Gurus. Though he never finished his basic schooling, he became a writer, a (self) publisher, an environmentalist, and a philanthropist. He is perhaps best remembered for the home he founded in Amritsar, India, named Pingalwara, a home which long after his death, is still tending to the castaways of society: the sick, disabled and abandoned forlorn people.

As a young man he decided to dedicate his life to the ‘selfless service of humanity‘. He founded Pingalwara in 1947 with only a few patients, the neglected and rejected of the streets of Amritsar. An early advocate of what we today refer to as the ‘Green Revolution’, Bhagat Puran Singh was spreading awareness about environmental pollution, and increasing soil erosion long before such ideas became popular. Pamphlets with his writings on various subjects, such as environmental awareness, were printed on re-used paper and freely distributed.

He was honored in 1979 by the Government of India with the Padma Shri award, given for exceptional and distinguished service in any field.

In order to avenge the death of his brother, Diwan Lakhpat Rai had got all the Sikhs of Lahore executed by scavengers on the 10th March, 1746 AD after that he marched with an army of fifty thousand, including artillery, to wipe out the Sikhs. At that time, about Fifteen thousand Sikhs had taken shelter in the marshes of the river Ravi near the pool of Kahnuwan in Gurdaspur District about 20 kms North west of current day Gurdaspur. The forces of Lakhpat Rai besieged the marshes and began pounding the area with his cannons. Massively outgunned and with no artillery themselves, the Sikhs headed for the safety of the hills, as their attackers moved in pursuit. What rations, the Sikhs had, were soon finished, so whenever they found an opportunity, the Sikhs robbed the army of rations and weapons. In ‘guerilla’ style warfare they attacked and disappeared, keeping the royal army off balance.

NOTE: There is ample amount of free parking on Sunday in DC next to Gurdwara Sahib and also in parking lot in basement.

As the Sangat is aware of the Amrit Sanchar Ceremony in April 2016 where Sikh Rahat Maryada was violated. One of the participant Bhai Surinder Singh took part in it. This was without the knowledge of Sikh Gurdwara DC Management. Today Bhai Sahab apologized to Smooh Sadh Sangat in the presence of Shri Guru Granth Sahib Ji.

Amrit Sanchaar is planned to happen in GNFA Gurdwara. Details are as follows:

NOTE: Please do come after taking full bath including head.

Take 95 South, and take exit 33A towards Burtonsville

12917 Old Columbia Pike will be on your left side

From Ellicot City and Columbia:

12917 Old Columbia Pike will be on your left side

Please join us in commemorating the Shaheedi Dihada of Guru Tegh Bahadur ji. Guru Tegh Bahadur Ji (ninth Guru in Sikh Religion) set a remarkable precedent of martyrdom for the cause of freedom of religion (of any human being, irrespective of their faith), when he was publicly executed (beheaded) in 1675 on the orders of Mughal Emperor Aurangzeb in Delhi for resisting the forced conversions of Hindus in Kashmir to Islam, and after himself refusing to convert to Islam. For this sacrifice, Guru Tegh Bahdaur is also known as Hind-di-Chaadar (shield of India.)

NOTE: It was proposed by Guru Teg Bahadur Ji that if Aurangzeb can convert him into Islam, then all other Hindus would be converted but he made sure that doesn’t happen by sacrificing his life to save their religion.

Gurudwara Sis Ganj Sahib and Gurdwara Rakab Ganj Sahib in Delhi mark the places of execution and cremation of the Guru’s body.

Akhand Paath will commence on Friday Nov. 20 evening with Samapti on Sunday Nov. 22 morning. This will be followed by the regular Sunday Diwan. We look forward to your visit along with friends and family.

Parking: On Sundays, we have ample free parking next to the Gurudwara.